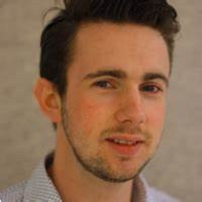 Wouter Klem was PhD candidate within the ERC project ‘Securing Europe, Fighting its Enemies’. Within this Project, he studied the transnational security regime that emerged as the European campaign against anarchist terrorism in the period 1881-1914. This campaign resulted in networks of police and judicial authorities, secretive protocols and international conferences. These police networks were the main focus of this research. The cases of, for example, the Dutch police commissioner Willem Voormolen and the Paris’ police inspector F. Lefoulon demonstrate the importance of transnational relations in the development and exchange of, among others, new technologies and threat perceptions. The networks that, particularly informal, arose from such relations provided the basis for modernising police forces all over Europe and beyond. Wouter is currently working at the Dutch Ministry of Justice and Security.