The example across the ocean? American society and state through European eyes

Transatlantic travel is becoming easier, and cheaper, by the day. As the journey across the ocean has gotten more secure, connections between Europe and the USA have greatly increased, making it seem as if the similarities between both sides of the Atlantic are greater than the differences. But is this really the case? There are many Europeans who make their way to the States, only to find out that is nothing like the movies and hardly what they expected. That sensation is not new. Alexis de Tocqueville had his famous reality check of American democracy in 1831-1832. In a similar vein, a young Dutchman, Gijsbert Karel van Hogendorp, sailed the Atlantic in 1783, hoping to find an improved version of his home. He made the journey to be inspired, thinking that the United States could serve as an example for his domestic reform plans. Yet the reality did not always match the dream. Did Van Hogendorp find that promise of a more secure society, based on freedom and equality? 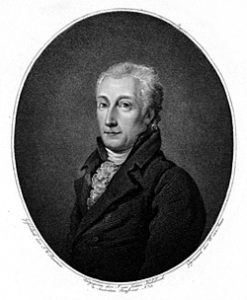 The United States and the Netherlands shared a certain historical connection. During their fight for independence, Americans had found inspiration in the Dutch struggle against Spanish rule. Now Dutchmen, and amongst them Van Hogendorp, turned to the example of the new republic, seeking guidance for their reformist plans. At the time, being in his early twenties, Van Hogendorp was rethinking his career. He had followed a military education in Prussia, but wanted to become a politician. The Declaration of Independence, with its mention of human rights, loomed large in his thinking and the idea of a government based on natural law rather than tradition fascinated him deeply. His personal connections got the young Van Hogendorp a position in the first official Dutch diplomatic mission to the United States, which had to safeguard trade interests in America.

Impressions of a new society

A perilous journey across the Atlantic (involving sinking ships and a narrow escape of death) meant that Van Hogendorp arrived in America with a significant delay. The other members of the mission had already started their work in Philadelphia and our protagonist was no longer needed. He decided to stay in Boston, taking all the time he needed to observe this new society famous for its ideals of equality and freedom. 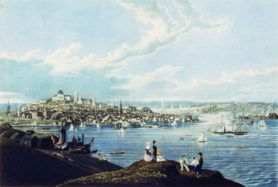 The workings of American society had Van Hogendorp’s special attention. He was interested in the opportunities of American citizens to improve their social status. Property, he soon found out, was crucial. The more property one owned, the more independent one could be. In essence, this was like the situation back home. Only in America, social norms seemed totally different. The American people appeared jovial and more uninhibited, willing to talk with strangers on all kinds of topics. The local way of shaking hands rather than nodding or bowing shocked the stiff aristocrat Van Hogendorp. American clothing further represented equality, but it also was a source of distress. Van Hogendorp could hardly see the difference between the elite and their servants: ‘more than once I took the servant for the daughter of the house as they are dressed in the same manner’.

When he departed from Boston, the landscape particularly amazed the Dutchman because of its vast emptiness. All that open space meant that agriculture and industry functioned differently. 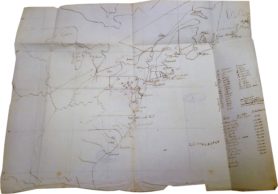 As Van Hogendorp wrote to to his sisters, ‘In Holland many of us live from the harvest of a small piece of land; here a few live from large fields’. People, he concluded, therefore were more relaxed and happy than in Europe. The result was a secure sentiment of societal tranquillity. Writing his mother, Van Hogendorp stated: ‘Slowness and peace rules here. There are only a few people who worry. People are not collecting nor saving but they are living at their ease’.

What did Van Hogendorp think of the new institutions that existed in this wondrous society? After all, those institutions had been the main purpose of his visit. Van Hogendorp had wanted to understand how a republic could be established in which peace and trade would thrive. He thought that the United States were a republic led by merchants. This is why he discussed trade with some of the republic’s ‘founding fathers’, particularly with Thomas Jefferson. Sharing a love for the fledging science of economy, both men talked of its relationship to politics and debated federal debts, the levying of taxes and import tariffs, wondering whether such taxation should be imposed by the individual states or the federal government? They would continue to correspond on the subject for years. During his time amidst the country’s political elite, Van Hogendorp learned that the balance between the individual states and the federation was not yet fully in place within this new republican country. Nevertheless, he was most impressed by the fact that all Congress meetings were open to the public. 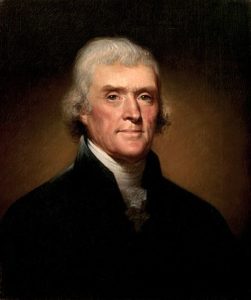 Van Hogendorp left the United States in June 1784, on what would be a much less eventful journey home. In the following years, he wrote extensively about his impression of the United States. The impact of the trip was profound and lasting. ‘I can now declare’, Van Hogendorp once wrote of his time across the ocean, ‘that America was not what I expected and the word liberty has got a different meaning for me. And that is more fruitful than that I had found everything to my liking. In America people are not more virtuous, but the circumstances in America are better than here’. It would take three decades before Van Hogendorp got a chance to put the fruits of his American journey to good use. With Napoleonic rule over the Netherlands at an end in 1813, Van Hogendorp became involved in the drafting of a new constitution. He wished to implement the American lessons of institutional checks and balances, of guarantees to a citizen’s security and liberty in relation to the state. Yet the effort was futile and Van Hogendorp’s hopes turned into a tragedy: newly crowned monarch Willem I would have none of these American examples.