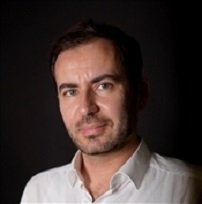 Since February 2015 Dr. Ozavci has been working at Utrecht as a Research Fellow on the European Research Council funded project ‘Securing Europe, Fighting Its Enemies: The Making of a Security Culture in Europe and Beyond, 1815-1914′. In this project, his main role is to write a monograph on the European Commission to Syria (1860-61), conducting research in archives and libraries including those in London, Paris, Istanbul, St Petersburg and Beirut.

Before coming to Utrecht, Dr. Ozan Ozavci has taught and conducted research as an Assistant Professor and Research Fellow in Britain, Slovakia and Turkey. His previous research has investigated the genealogies of (peripheral) nationalisms and liberalisms in the Middle East and the Caucasus. The monograph that comes from his doctoral work will be published by Brill in its Studies in the History of Political Thought.