Louisa’s journey. A Lady on the Road to Peace

Though seemingly intangible, a continent’s degree of security can be measured by the anxieties of a lone traveller wandering its roads. It all begins with the question of whether the roads are safe. Are they passable, maintained, and marked well? Much of the European Union’s progress towards an ever closer union runs along interlinked road works, the growing availability of Italian coffee in roadside cafés and the increasingly standardised fares for gas station toilets. The number of toll gates may be on the rise again, but highway robbers have rarely been sighted in the last few decades. This process of an increasing European integration of safety and security on the roads has had its precursors in previous eras. In fact, the first real instantiation of intercontinental safe and secure travel manifested itself already two centuries ago, at the end of the Napoleonic Wars. A highly engaging and by times stupefying account of such a journey through Europe was offered by an American First Lady to-be: Louisa Adams, spouse of the US ambassador to Russia (and later President), John Quincy Adams. It has recently been marvellously recounted by Michael O’Brien. By combining O’Brien’s narrative of Adams’ journey with findings on Europe’s state of security around 1815, we may try to picture how contemporaries experienced the transition from the insecurities of the Napoleonic Wars towards the emergence of European peace in 1815. After all, nothing illustrates the state of a continent’s security so well as the safe passage of a lone lady on the road. 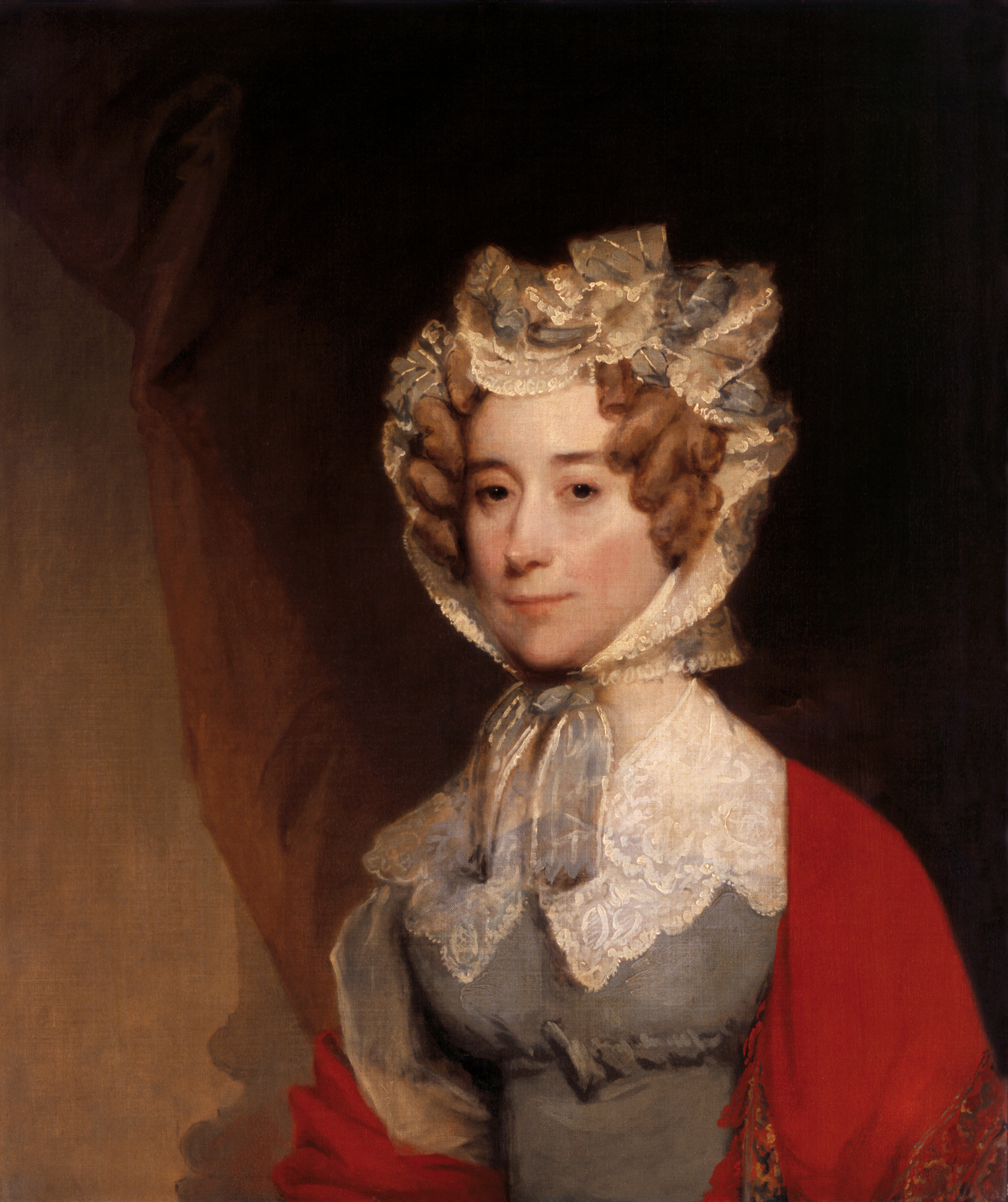 On 12 February 1815, 40-year-old Louisa Adams (a daughter of the British nobility) set out from her home in St. Petersburg to join her husband in Paris. In a solitary carriage, she slowly hobbled over the icy roads of a continent that was in the process of being liberated by allied troops. With her 7-year-old son, two maid servants and a veteran soldier attendant for company she travelled via Riga towards Tilsit (present day Sovjetsk, just to the northeast of Kaliningrad). There, she saw ‘houses half burnt, a very thin population; women unprotected; and that dreary look of forlorn desertion, which sheds its gloom around all the objects, announcing devastation and despair’.

In those days, Europe was far from an ideal place for touristic travel. Journeying was a cumbersome endeavour, and whatever tourism existed was an elite affair. It is therefore all the more remarkable that, from the early nineteenth century, women were increasingly found on the roads without their husbands or masters, which points not only to (civil and female) emancipation but also improved road security. 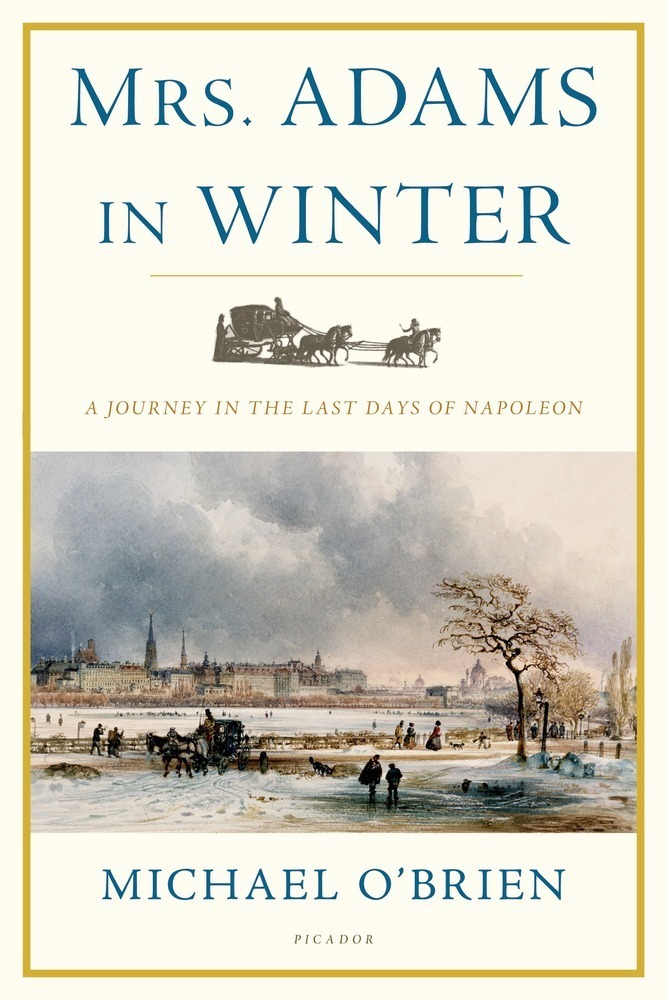 At Tilsit, Louise saw the looks of a continent that had been subject to more than twenty years of warfare and devastation. Yet this devastation was only part of the war’s legacy. Armed conflicts cause chaos and upheaval, but campaigns also bring in their wake better infrastructure, improved roads and new means of communication. And if these means of communication and transport are not destroyed afterwards, by the victors, or in a strategy of the scorched earth, then they will also serve the post-war generations in peacetime. In this respect, Napoleon’s mass troop movements – while using the old network of postal routes that dated back to Roman times – led to new roads, with better paving, lined by semaphores (optical telegraph systems), checked by road patrols and overseen through the inspection of standardized passports.

Inasmuch as the scars of war were visible and at some points still bleeding, the roads Louisa Adams travelled – via Riga, Königsberg, Berlin, Frankfurt am Main, and Strasbourg to Paris – were indeed passable and often paved. When approaching Berlin, Louisa Adams noticed something remarkable: ‘To my utter astonishment I heard nothing but the praises of the gallantry of Napoleon, and his Officers.’ Inhabitants assured her that she would ‘travel over the most beautiful road in the world, which had been completed by his order’.

Notwithstanding these logistic improvements, Louisa was still astonished by the huge differences in morals and customs of the areas she passed through. The weights, measures and units of length sometimes changed every few kilometres. To her relief, communication (in French) and payment (in Dutch ducats, or via banknotes that were issued by a network of international bankers) were internationalized enough to keep insurmountable obstacles out of her way. 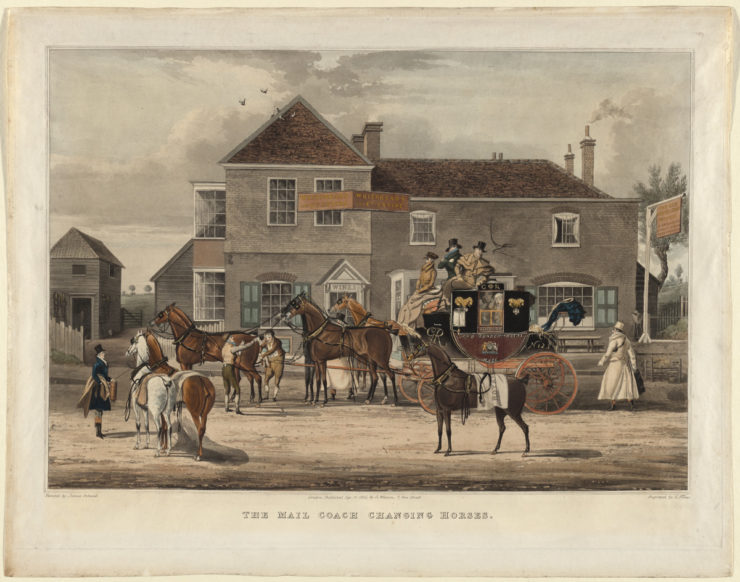 The road towards peace

While still in the German lands, and quite unexpectedly, Louisa and her companions got mired up in troop formations that roamed the roads. These troops were gathering themselves for the final battle against Napoleon -who had escaped from Elba and landed in the South of France in early March 1815. The Allies quickly appropriated the roads to France and turned them to their own interest, using them for the remobilisation towards Waterloo, and, from then on, issued joint standardized passports of their own making. But even then, with her allied passports in hand, Louisa passed through the fifty-one postal controls prior to approaching the border with France. In the end, it took Louisa Adams forty days to travel from St Petersburg to Paris, and arriving on the 23rd of March. (Today the trip takes 3½ hours by plane or about 30 hours by car.)

Did Louisa at last arrive in a state of guaranteed peace? Not quite, but Europe was almost there. There still were unsettling encounters with foraging Prussian, Russian and marauding French soldiers in the last leg of her journey. Still, the continent Louisa Adams travelled through was preparing for decades of peace. After the years of insecurity and confusion, a new age of industrial and commercial growth was about to set in, holding the promise of an end to the population’s destitution. Demobilisation would take another couple of months after the final battles were fought in June 1815. But forests that were once ridden with veterans, deserters and vagabonds became gradually pacified. More road patrols and the introduction of new omnibus systems, made the continent increasingly accessible for travellers.

Louisa Adams was one of the first ladies that travelled (nearly) alone to reap the fruits of peace – including good coach inns and passable coffee. Others like her would soon follow suit. Tourist guides came into vogue only a couple of years later, and spas were attracting more and more travellers from all corners of the continent. Obviously, public toilets still took some time to improve.

One of the first tourist guides, by Karl Baedeker, ca. 1827. Source: The Private Library