Drama at the summit

What do we need to create a secure peace? Or, better put: to secure the peace? Besides bayonets, military leverage and plain force, diplomacy can help to stave off war. Only last February, we could witness an example of how high-stakes summits can save peace or greatly endanger it. On Tuesday 26 February, US president Donald Trump flew to Hanoi to meet North Korean leader Kim Jong-un. CNN asked David Reynolds, Cambridge history professor and specialist in summits, whether the upcoming meeting would be an opportunity for peace or a high-stakes ego trip. Reynolds’ answer was clear and sober: a summit can work, but not if its main protagonists approach as if it were a theatre play – or when the rendezvous is only a meeting for the show of it.

Summits take stomach. No serious diplomatic matter can be resolved in a single meeting, a few secret talks and a barrage of tweets. Summitry is not about staging a drama. It is about learning from and getting to know the other. It is about trying to understand the other’s preoccupations, interests, threats and fears. This is why leaders would want to meet at a summit: to fathom the other. Summits have allowed the best leaders to employ all their personal skills – overcoming the hindrances of jet lag, information overload and digestive problems – just to forge a kind of  common understanding with someone who had been considered a national enemy before. As such, the summit has only been a common tool in international relations for the last two centuries or so. Leaders discovered its uses early in the nineteenth century, and did so very much by happenstance. Still, their experiences show us how important and effective meeting face-to-face can be – if one keeps their best practices in mind. 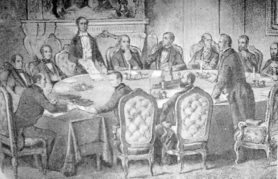 High-level summits were part and parcel of something that became known as the Concert of Europe, which, according to Mark Jarrett, evolved out of the post-1815 ‘Congress System’. For many scholars, the nineteenth century was an era characterised by the realist paradigm of a balance of power, in which states that pursued their own interests were the main actors of international relations. Over the last decade, however, more sophisticated narratives on the Concert of Europe have sprung up. Today, historians tend to turn their focus away from power politics, conflicts and their ‘hard’ outcomes. Instead they have started to unpack and analyse the underlying decision-making processes, with added attention for the role of the broader political culture and the realm of ‘norms and practices’.

Still, the question remains: how did these historical actors make this Concert work? The answer may be rather basic: there were summits and conferences. The summits were high-level meetings between sovereigns and state leaders. They could only be effective, however, because of the simultaneous (and incessant) managing of international affairs in so-called conferences. Part of the success of the nineteenth-century summits (which would last a couple of weeks at most) thus rested with lower-ranking experts, who could enter into the circle of decision makers through the preparatory forum of the conferences (which could linger on for years). Lawyers, engineers, bankers and merchants took their seats at the negotiating tables within this deliberative setting. The difference between conferences and summits was not just expressed in terms of the number of days/weeks versus years that the deliberations took. Conferences, as opposed to summits, were organized in more informal settings, had diplomats working through their paperwork over coffee and cacao, starting around 11 o’clock or so, without royal protocol, balls or ceremonies involved. 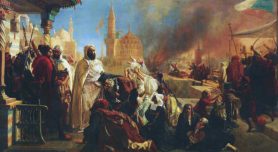 In the nineteenth century such institutionalized ambassadorial or ministerial conferences started with the Allied Council (on the occupation of France, 1815-1818) and ranged from the Commission for the Rhine or the Danube to the more aggressive and interventionist European expedition to Lebanon and Syria and the ensuing supervision over the Mutasarrifiate regime (1860–1914). Judicial and police conferences, such as the joint Capitulations and Mixed Courts regime in Egypt (from 1876) or the Anti-Anarchist Campaign (1881–1914) were again followed by the military intervention against the Boxer uprising in China and subsequent reparations commission (1898–1901). Given the preparatory work of those conferences, the nineteenth-century summits were already professionalized. Perhaps they even were more effective (in a functional, not normative sense) than the high-profile, globally staged summits of today. 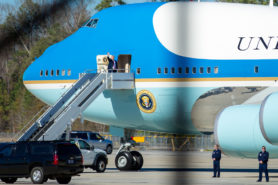 Historically, the summits had a real diplomatic value as they helped overcome shared issues and gave the European countries a head start in technological, financial and military matters.  Do summits today still function as they did in the nineteenth century? The answer is no: something valuable has been lost, in a double sense. First of all, given modern technology, leaders may favour communicating through social media rather than resorting to the tedious business of travelling around the world (many leaders, including Trump, detest being transported). Secondly, present-day means of communication lower the threshold for leaders to ‘spill the beans’ prematurely. On the Internet, they can easily give away their positions and effectively sideline old-fashioned diplomatic practices as well as the tedious, but irreplaceable business of negotiating and bargaining to reach diplomatic results. Would Castlereagh have achieved his second Paris Treaty (concluded on 20 November 1815), which in retrospect was quite lenient for the vanquished French, if had he tweeted about it to a British public that demanded far harsher measures? His first practice of conferencing on a more informal basis, building trust and confidence and maintaining a certain amount of secrecy regarding the process of negotiating, has taught us how important meeting each other actually is. These encounters worked because they were embedded within an environment of trust, common sense (a mutually shared understanding of a moderate peace and a balance of power) and some shared ideas on honour. Only in this fashion did diplomats from totally opposed and diverging cultures succeed in learning about each other’s outlooks on threats and interests.

Compare that historical precedent to the Trump-Kim summit. Trump and Kim wined, dined and talked – but rather than seriously negotiating concrete disarmament measures, they used the opportunity to showcase their prowess via twitter or TV to their domestic audiences. In that sense, twenty-first-century summitry is imperilled by the technologies of twitter and other social media. Its protagonists should therefore take some clues (not all, of course!) from the early nineteenth century. Executive privilege in matters of foreign policy and the absence of parliamentary oversight do not need present-day emulation. Still, what we can learn from the first half of the underestimated nineteenth century is that there are merits to rational, sober-faced diplomacy and cooperation, inspired by a common sense of balanced power politics and the avoidance of drama.