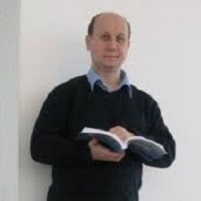 Constatin Ardeleanu is associate professor of modern Romanian history at the Department of History, Philosophy and Sociology of “The Lower Danube” University of Galaţi, where he teaches courses on 19th century Romanian history and the economic development of the Danubian and Black Sea areas during the 19th and 20th centuries. His latest book is titled “International Trade and Diplomacy at the Lower Danube: the Sulina Question and the Economic Premises of the Crimean War, 1829–1853 (Brăila, 2014).

Constantin commenced his research for ERC Secure in January 2016 as research fellow. While appointed at Utrecht University he continued his work on the European Commission of the maritime Danube and focus on its contribution towards the establishment of a European security culture.