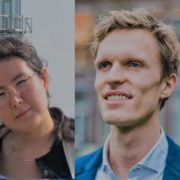 In the study of International Relations we tend to understand the problems in Afghanistan as a result of the world’s great powers, quite similar to the dynamics of the ‘Great Game’ in the 19th Century. What tends to remain overlooked in this perspective is how instability in Afghanistan itself has influenced its current neighbors to the North, such as Tajikistan, Uzbekistan, Kazakhstan and Kirghistan. Most of these Central Asian states (each to varying degree) are now engaged in post-reconstruction efforts and in a peaceful relationship with the Afghan government. In this blog we assess some of the security concerns for Central Asian states arising from extremism and violence in the Afghan borderlands. How does the conflict in Afghanistan affect its Northern neighbors? Are they afraid of a spill-over effect? 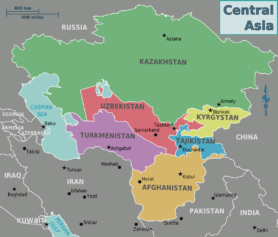 One of the security concerns is the presence of Central Asian diasporas in Northern Afghanistan which borders Central Asia; for example, the Islamic movement of Uzbekistan (IMU) and the split-off faction Jundullah that operates at the northern borders of Afghanistan. They have in some instances pledged allegiance to the Taliban, but also to ISIS. The IMU started as a movement that attempted to overthrow the government of Uzbekistan in the 1990s, before they retreated into Afghanistan. There also might be a conflict of interests concerning mainly drug trafficking between Afghanistan and three other CA countries: Uzbekistan, Tajikistan and Turkmenistan. Nevertheless, it would require some serious one-sided changes in the existing status-quo (like a change in leadership, the emergence of Western foreign bases, etc.) for conflict to erupt.

Currently, the Taliban insurgency does not pose a direct threat to Central Asian regimes. Even though the Taliban has known various shapes, branches, and factions, its overall political objective has remained focused on a geographical territory that is relatively close to home. The Taliban regime at the time indeed harbored other terrorist factions, but more elaborate, regional, or even global aspirations never gained the upper hand within the central leadership of the Taliban movement itself. Next to the religious and cultural dimensions, the Taliban’s political narrative has focused on a nationally oriented agenda, particularly after the US invasion of 2001. It has framed its resistance as being against the ‘foreign invaders and their puppets’. Central Asia as a region is hardly of any interest to Taliban commanders as their principal goal is to take control of Afghanistan in its entirety and to remove any foreign military presence.

The Islamic State, however, has also gained a foothold in neighboring Afghanistan. The so-called Islamic State Khorasan Province (ISKP) is seen as the Afghan branch of IS in Iraq and Syria and first emerged in the Afghanistan-Pakistan region in late 2014. The regional objectives of ISKP differ from the Taliban’s objectives. It is geographically not confined to the northern borders of Afghanistan, and it therefore potentially poses a new threat to Central Asian countries such as Tajikistan, Uzbekistan, Kirgizstan and Kazakhstan. Contrary to the Sunni Deobandi tradition practiced by the Taliban, ISKP branches are inspired by the Wahhabi-Salafist tradition of Sunni Islam. Even though ideologically different, the IS branch emerged in Afghanistan mainly through the defection of dissatisfied Taliban splinter factions. Clashes between Taliban and the newly emerged IS ‘franchise’ factions immediately erupted. In several instances remaining Taliban forces fought back fiercely to maintain their footholds in the provinces, and so did the Afghan security forces and International Coalition forces in response to ISKP. Several ISKP-commanders were killed over the past couple of years, but a ISKP fighting force remains active. Particularly in Nangarhar Province the ISKP’s strength seems relatively persistent. 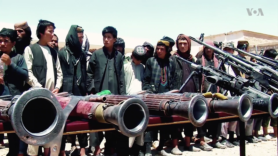 Central Asian governments are, therefore, more concerned about the emergence of ISKP in recent years than they have been over the Taliban insurgency. With ISIS back in 2014 it aimed to include the entire Central Asian territory alongside Afghanistan, India and Pakistan as part of the Province of Khorasan. Central Asia was seen as being stripped of its secular governments and forced into the lifestyle governed by sharia law. If that scenario ever happened, Afghanistan and Central Asian states would have joined religiously and ideologically. In light of the ongoing defeat of the ISIS in the Middle East, these plans are long gone, but some cells of homecoming terrorists may nevertheless be able to carry out specific attacks on symbolic targets throughout Central Asia.

Returning Jihadis from the Middle East

With the dwindling of ISIS in Iraq and Syria, some of the foreign fighters are returning to their countries of origin, creating security concerns in various regions around the world. With a large number of foreign fighters active in the Middle East, Central Asian state face some new security challenges with the return of their foreign fighters. The direct threat from terrorists returning home from Iraq and Syria can partly be determined by the goals and objectives these individuals harbor. These objectives can include joining forces with the region’s Islamic radical cells or with the remaining ISIS groupings within Afghanistan. Another question is whether they are led by Al Qaeda or ISIS since the goals might differ. It is also possible that returnees might be divided among themselves: whereas some are operating under the direct military command of ISIS or other smaller ethnic-based groups (Katibat al-Imam Bukhari; Katibat al Tawhid wal Jihad); the others represent no particular group apart from their own interests. In both cases dealing with them inhabits a level of complexity for governments to respond as best as they can. 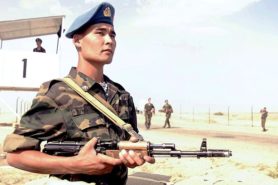 Central Asia is not the Middle East. The region is secular, relatively stable (free of any large scale conflicts), and Central Asians have functional security services, armies and most importantly internal cooperation. The latest summit in Astana demonstrated that both regional leaders in Kazakhstan and Uzbekistan clearly comprehend the need for close security cooperation. Astana, Tashkent, Bishkek and Dushanbe (to a lesser extent Ashgabat) have co-existed with their turbulent neighbor Afghanistan since the fall of Soviet Union in 1991; experienced the Taliban rule in mid-1990s; and assisted and contributed to NATO-led multinational coalition efforts in 2001-2014. Religious extremism and the neighboring Afghan conflict pose a number of security challenges for countries like Kazakhstan, Kirghistan, Tajikistan, and Uzbekistan, but not to the extent that they are unsettling the relatively stable situation. It does not seem very likely that returning radicals or ISIS plans for the region will be able to unsettle the important balance constructed over the decades among the Central Asian states and the Afghan government. There are thus no direct spill-over effects, but risk alertness remains necessary.