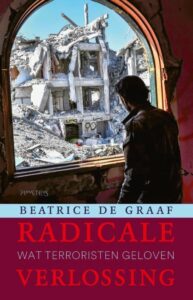 What do convicted terrorists really believe when they say they committed their act in the name of a higher authority? Beatrice de Graaf was the first person to discuss this with the current generation of terrorist detainees in the prisons. She listened to their stories about frustration with their own lives, anger about injustice and the decision to join the struggle. These stories show how crucial the actual, lived and believed practice of radical redemption is to understanding their actions.

Based on interviews with terrorist detainees from the Netherlands, Syria, Pakistan, and Indonesia – jihadists and some right-wing extremists – she reconstructs their stories of surrender, struggle, sacrifice, and hoped-for reward, and designs a way to better understand the connection between religious practice and terrorist activity. When and how do religious and ideological beliefs inspire young people to engage in holy struggle today? And what happens when that longed-for redemption fails to materialize?

In doing so, this book is a history of the most recent period of terrorist violence, but it also offers new and surprising insight into the life stories of terrorism convicts that are as extraordinary as they are shocking. 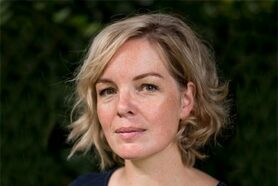 Beatrice de Graaf (1976) is a historian and faculty professor of Humanities at Utrecht University. She researches the history of terrorism, war and violence – and is particularly interested in the struggle against them. She is a fellow in the isis Files Project/Program on Extremism at George Washington University, regularly acts as a terrorism expert, and has previously published works including Dangerous Women, Theater of Fear, Terrorists on Trial, and Against Terror. In 2018, her work was awarded the highest Dutch scientific award, the Stevinpremie.

For more information on the book you can visit the website of the publisher.