After ‘Securing the World’

The disciplines of security studies and security history have long been haunted by an uncontested West- and state-centrism. Scholars in general have tended to disregard the insecurities and agencies of weaker non-Western actors, past and present. On 25-27 September 2017, historians, political scientists and literary experts gathered in the Royal Dutch Academy (KNAW)’s Trippenhuis in Amsterdam to discuss these issues during the colloquium ‘Securing the World: Global Perspectives on Security History in the Long Nineteenth Century’. The colloquium’s programme and discussions revolved around the search for alternative approaches to the history of security.

Organised by Professor Beatrice de Graaf and the author of this conference report, the objective of the event was to historicise the notion of security from a global and interdisciplinary perspective. The organisers aimed to go beyond the traditional essentialist and timeless approaches in security studies, wondering instead how security vocabularies, practices and cultures could be described, analysed and mapped within a global context, with reference to actors in different continents, empires and domains during the long nineteenth century. To what extent, we asked, can the imperialism/security nexus be a useful guide for this endeavour? 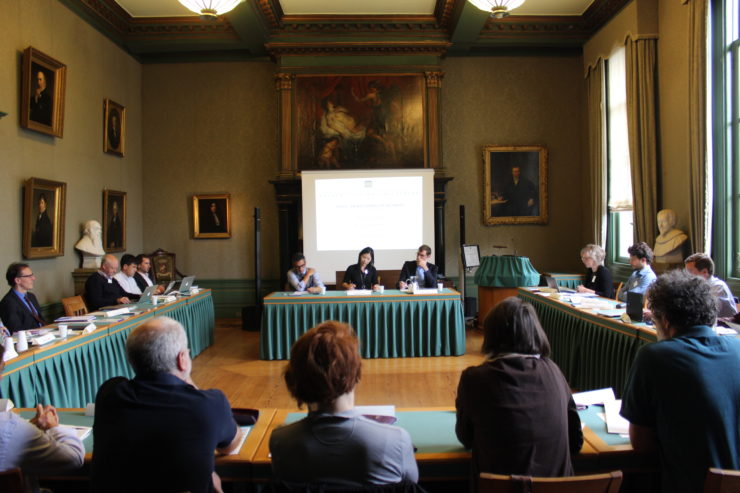 One of the objectives of the colloquium was to introduce the transimperial approach to security history in the long nineteenth century. I have discussed how this new approach considers security actors and referent objects (the objects that need to be protected) beyond the imperial state and military. This new approach also places economic, cultural, legal-juridical and human in/securities under a common analytical framework. Cornel Zwierlein (Erfurt/Bochum) noted that no study exists that trace the importance of the concept of ´security´ – “security of commerce, but also more largely of ´the nations´ abroad, their religion” – as a guiding principle within that context of competing maritime trading empires in the Mediterranean. Shogo Suzuki (Manchester) discussed how Japan sought to securitize its ‘civilized’ identity by an aggressive imperialist policy of invasion in Taiwan, Korea and China to maintain its sovereignty against Western encroachments.

Is the absence of focus on the security of non-Western actors in part driven by the absence of linguistic counterparts of the concept? In a panel on vocabularies of security, three speakers discussed issues of non-European and European terminology. Rudolph Ng (Birkbeck, London) offered an account of the Chinese notions of security; an安, bao保, and shou守following the Opium War (1839-42). Melle Lyklema (Utrecht)’s presentation complemented this with a focus on articulations of ‘security’ in the Islamic world. He drew attention to the concept of the abode of security, dar al-amana (دار الأمانة). Davide Rodogno (Geneva) questioned the credibility of the European discourses of ‘responsibility’ and ‘humanity’ in times of humanitarian interventions in the nineteenth century.

Varying articulations and perceptions of security could lead to troubled encounters. David Anderson (Warwick) talked about the background of the British expedition to Abyssinia (1868), the Third Anglo-Ashanti War (1873-74), and the Anglo-Zulu War (1879) and noted the importance of considering the agency of African polities, as well as the motives of British imperialists, in shaping security politics in these two decades. David Silbey (Cornell) demonstrated in his speech how misunderstandings of the local Chinese and Western agents and their differing perceptions of security led to the Boxer Rebellion in 1900, and its bloody suppression. 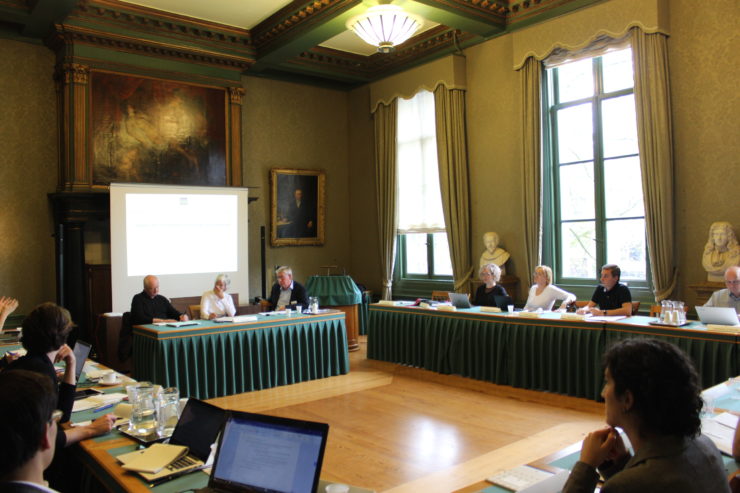 Presentations on specific threat perceptions and security practices of European imperial actors gave further detail to the transimperial approach. Beatrice de Graaf (Utrecht)’s paper scrutinised the workings of the Allied Council as a project of inter-imperial security cooperation after the Vienna Congress of 1815. Glenda Sluga (Sydney) clarified how monetary concerns structurally bounded European powers together, and deeply impacted their repertoires of security. Such connections were lasting and endured after the turn of the century, as stressed by Eckart Conze (Marburg), who discussed the 1919 Paris Peace Treaty by highlighting continuities.

The boundless open waters provided a unique stage for transimperial action. Amedeo Policante (Warwick) discussed imperial rhetoric and practices in order to demonstrate that discourses on piracy played a fundamental role in the globalization of space, law and security. Erik de Lange (Utrecht)’s presentation was about the European engagement with North African ‘pirates’ during the years 1816-1819. He underscored local and Ottoman contestations of the discursive practices of European agents. Alexandra Ganser (Vienna) analysed the pirates’ discursive function as a personified question about legitimacy foregrounding the discourse of piracy in American narratives from the early nineteenth century to the Civil war. 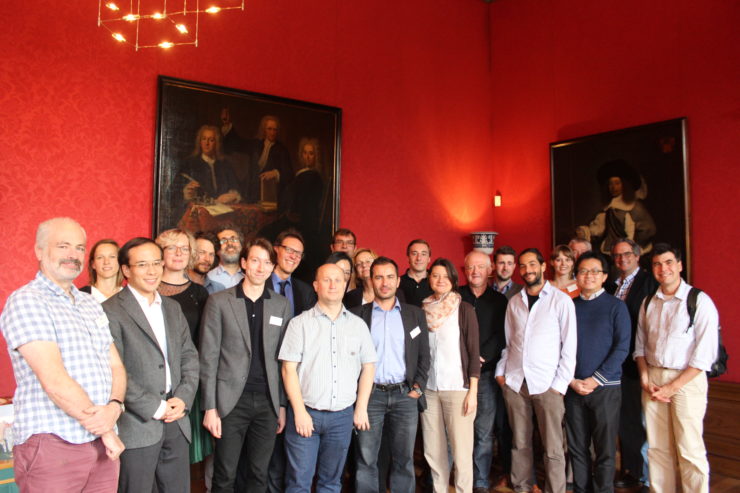 Different types of space had their own security practices and discourses. Peter Hough (Middlesex, London) discussed how the first glimpses of environmental security in the nineteenth century were linked to the questions of imperialism and nationalism. Selçuk Dursun (METU, Ankara) analysed security in the forested settings of the Balkans, with use of Ottoman archival sources. Constantin Ardeleanu (Utrecht) and Joep Schenk (Utrecht) looked at financial, economic and political security considerations over rivers. Ardeleanu did so in reference to the Danube Commission, while Schenk analysed how rivers were exploited as instruments of European imperialism in Congo.

Security operations and cooperation beyond imperial borders, crucial yet largely neglected aspects of the nineteenth-century history of police, were discussed in four papers. Steffen Rimner (Utrecht) investigated the limitations of Qing dynasty and British surveillance of the revolutionary conspiracy under Kang Youwei abroad in the decade before the Chinese Revolution of 1911. Seo-Hyun Park (Lafayette) argued how encounters between civilisations resulted in exchanges also in policing techniques with a focus on the modernization of the police organizations in Japan and Korea. Ilkay Yilmaz (Berlin) explored the new exclusionary security discourses and practices of the Ottoman Empire during the Hamidian era, while Wouter Klem (Utrecht)’s presentation divulged how the European fight against anarchism in the fin de siècle went beyond imperial policies and gave rise to cooperation beyond borders. 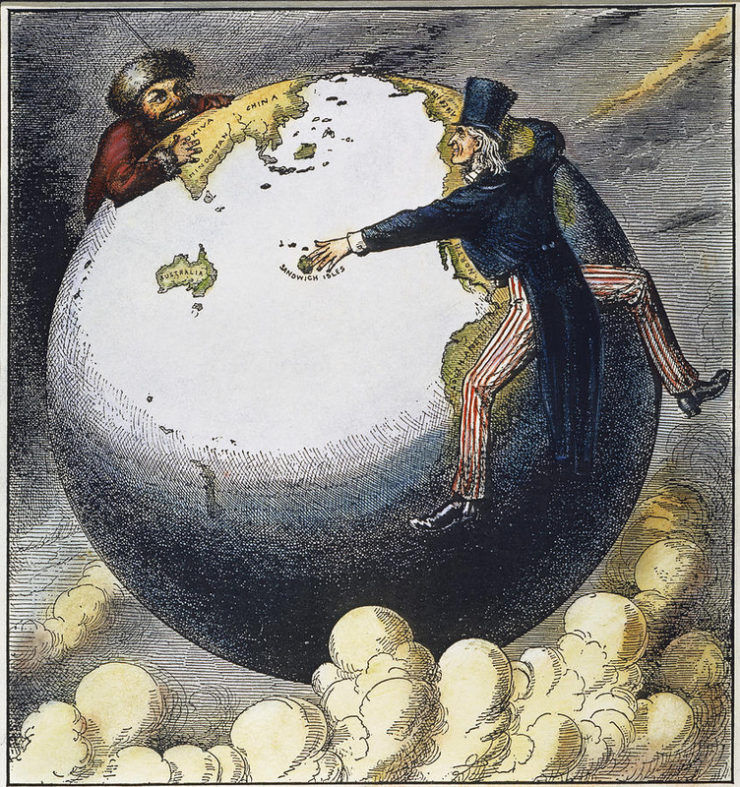 My observations at the three-day long colloquium once again convinced me that empires set the context in the nineteenth century and that insecurities were hierarchically defined in this imperial context. The various presenters showed how there was almost no inter-communal relationship that was not imperial at the time. Imperial agents self-righteously prioritised their in/securities and perceptions of threats and interests over others’. They set the rules of the game in an attempt to justify their military expeditions and conquests, colonial violence, and drafting of unequal treaties. As always, these insights brought new problems. How did weaker actors and groups react to these practices? Can we speak of the existence of an imperial security culture that was born in the nineteenth century, that was global in scope and that lingers on to this date? And can we re-shape the field of security history, when we adopt a transimperial perspective? How would our understandings of security change if we try to place the insecurities of the powerful and the weak in a common analytical frame? I shall leave the answers to these questions to the book volume which is composed of the selected papers of the colloquium and which will be published in the coming months. We believe that the volume will open up to new doors and agendas of historical research into security

Excerpt: A conference report by Dr Ozan Ozavci on our ERC Group’s recent colloquium, Securing the World: Global Perspectives on Security History in the Nineteenth Century.