Abduction of the Innocents. On Children, Rumours, Violence and Collective Perpetrators

History is full of episodes involving threats and actual aggressions to the most vulnerable of human beings: children. Incidents have had various causes and came in different forms, but this blog is focussed on how narratives about ‘children as prey’ have been used and abused to target entire communities, which fell victim to religious, social or ethnic prejudices. After referring to some recent incidents against Roma communities in France, I turn to two episodes from different periods in Romania’s past to historicise the effects that rumours, anxiety for the wellbeing of children and the late or disinterested response of authorities have had on such accused communities.

In late March 2019, gangs of men in the Paris suburb of Seine-Saint-Denis assaulted camps of Roma immigrants of Eastern European origin. According to information from the local prosecutor’s office, 19 suspects were questioned for ‘potential charges of violence, destruction by fire and taking part in armed groups.’ Some ‘fifty people armed with knives and sticks,’ a police source added, attacked the Roma migrants, beat them and destroyed their property. Similar events took place in several neighbouring municipalities, all fuelled by viral messages on social media that Roma people in a white van were kidnapping children and young women in order to trade their organs or traffic them to prostitution networks.

Police authorities dismissed all information about ‘white van kidnappings’ as ‘fake news’, but rumours continued to go viral on social networks. Police were accused of conspiring with the Roma perpetrators, whose horrendous deeds were duly portrayed from personal experience or hearsay. Local vigilantes soon felt they had enough with political correctness and official inaction. It was high time to protect the community and drive off the threat.

Pro-Roma organisations in France and throughout Europe have rapidly denounced the subsequent assaults on the Roma communities that live on the outskirts of Paris. NGOs such as ‘Romeurope’ or ‘La Voix des Rroms’ condemned these ‘racist acts,’ in which an entire community ‘is targeted and used as a scapegoat’ for problems of a political, social or economic nature in their host countries. 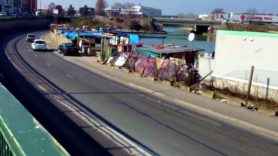 Blame it on the usual suspects

Moving to a historical episode, an anti-Jewish riot occurred in the Romanian city of Galați in April 1859. At the time large influxes of Jews were coming to the Danubian Principality of Moldavia from the neighbouring Russian and Austrian empires. The Christian population discriminated against these ‘foreigners’ and used all sorts of reasons, from religious and national to economic ones, to keep them at the margin of society.

The riot started after a Greek boy was allegedly abused by some Jewish inhabitants of the city, who were preparing for the celebration of Passover. The initial statement of the city governor, published in the press across the country, clearly shows how the authorities reacted to the event: ‘Last night the Police caught several Jews taking the blood of a Greek boy in a cellar. As soon as this report spread in the town a mob consisting of individuals of all nations fell upon the Jews, pursued and beat them. The fury became immense and the inhabitants perplexed. […] I have not been able to stop the disorder. The synagogue was invaded. Shops are closed. I have but one company of soldiers to oppose to the fury of the population and 46 policemen.’

The accusation was fake. The Greek boy had no visible wounds, and it turned out that those who most actively abused the Jews and their property were the very merchants whose business suffered most from the competition of Jewish traders. The authorities, however, entertained the same popular views on Jewish ‘bloody traditions,’ and only intervened when pressed by foreign consuls and pro-Jewish associations, like those funded by Baron James de Rothschild. The incident added to the local people’s frustration over foreign impositions and the authorities’ conspiracy with the evil Jews. Few Romanians in the community took the side of the victim. 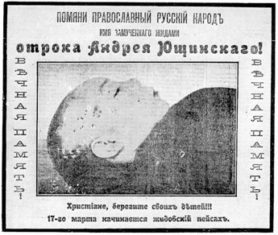 Antisemitic flier in Kiev, 1915: ‘Christians, take care of your children!!! It will be Jewish Passover on 17 March.’
Source: Wikipedia Commons.

Satanists and the organs of communist children

In the late 1980s, similar beliefs were entertained in communist Romania among large parts of the society in both urban and rural areas. Scary stories of abducted children made the rounds, and the new collective evil was represented by all sorts of religious groups that craved for the blood and organs of young Romanian pioneers to use them for their Satanist rites. Cleverly instrumentalised by the Securitate, the omnipresent secret police, such prejudices were turned against all those enemies of the political system who directed their faith towards beliefs outside of the communist dogma. Jehovah’s Witnesses, Pentecostals or even adepts of Eastern (i.e. Tibetan) religions, sometimes disguised as nuns or monks, were all the same: sectarians and Satanists who came after the little ones. Incidents did happen across the country, and innocent people were assaulted after being falsely accused of trying to abduct children in their black cars or white ambulances equipped with Satanist symbols. The urban legend keeps coming back (as it did in 2018), with the evil concealed under different new faces. 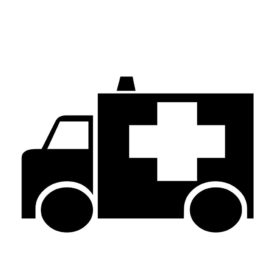 What all these episodes have in common is a mixture of real prejudices towards a certain vulnerable scapegoat, usually a foreign or minority group which threatens the wellbeing and peace of the ‘normal’ community. Rumours about different forms of child abuse spark an instinctual and vicious response; the intervention of public authorities reduces the severity of the incidents, but they rarely manage to prevent such violence. Real kidnappings do occur, but they are not usually the result of an entire community’s desire to hurt innocent children. To limit the scale of violence after the 1859 anti-Jewish riots, a Romanian intellectual (Ion Heliade Rădulescu) saw but one solution: education, which would diminish prejudice and increase inclusion. This seems to have remained valid to this day.